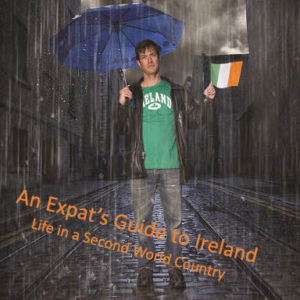 I lived in the Pacific Northwest my entire life prior to moving to Dublin, Ireland in 2013. Some things are the same and some have changed. However, there were those things that a person gets used to having in one country they don’t get in another. In the grand scheme of things, these are minor annoyances, yet they are items of notice. So, here are 10 things I took for granted in the US and miss now that I live in Ireland.

Imagine wanting a bag of chips (crisps for the Europeans) and going to the store and having more than three choices? That’s what it is like in America. Or working on a home improvement project and being able to head to Home Depot or Lowes and get that item easily, then not being able to do that.

Speaking of grocery stores, in the US when a person goes to the store the clerk that checks them out pretends to be happy to see them and bags the groceries. In Ireland, they’re usually sitting down, very unhappy looking, and people have to bag their own groceries.

Most e-commerce places don’t deliver to Ireland at all. The ones that do will often charge extra for shipping. And, even then a person ordering something might still have to pay an additional tax with Irish customs to receive the item. I once ordered a hoodie that cost almost as  much in customs charges as the actual hoodie cost.

The US is a very large country. To travel the US there are deserts, mountains, rainforests, and more. Road trips are common to see much of this massive country. In Ireland, you can transverse the entire country in a few hours. Want to see more than that, will involve a flight to mainland Europe.

When I worked in Customer Service it was beaten into me by my managers to provide good customer service. In Ireland, I’ve seen people yell and make fun of their customers.

As much as Americans complain about the tax rates, try living in a country where the average person pays twice as much for taxes as they do in the US. And then not having any idea where that money goes. Ireland doesn’t have a massive military, they don’t seem to spend much of it on social services or infrastructure, so where does it go? From asking around it sounds like no one knows.

This is often a contentious one as people in Ireland seem to think the US healthcare sucks and is super expensive. First, the quality of healthcare I received anywhere was fantastic in the US. And yes it is expensive if you have to pay out of pocket. That’s why pretty much every company offers it as part of employment. Ireland’s healthcare is inexpensive if paying out of pocket, but you get what you pay for. And if I were extremely ill, I’d rather be in the US. The Irish system took the worse of the US system and worst of the socialized system and made that Irish Healthcare.

I’m from Seattle so I experienced a lot of rain in my life, but at least in the summers it was beautiful hot weather. Not in Ireland. Even during the summertime it’s cold. Except for that two week period in the middle of summer where it is warm enough to take a coat off.

You know that thing you put clothes in that sits next to or on top of the clothes washer. Yeah, one of those. I know they exist in Ireland but I think that is only for the very rich large homeowners. Most everyone has to hang their clothes to dry. This is usually done on a rack that sits in peoples living rooms or wherever they can find space so that when visitors come over they have to look at people drying undergarments.

Ireland has one of the highest alcohol taxes in the EU. On top of the high tax rate, when ordering a whiskey and soda, the bartenders use a small measured shot. So, not only is it expensive to drink in Ireland it takes more to get drunk. Even as a poor young man in the US I never felt the need to take a flask or small bottles hidden in my pocket out for a night. In Dublin, however, as an adult with a job, if I want some whiskey with my whiskey, I’ll need to bring a flask in my pocket. 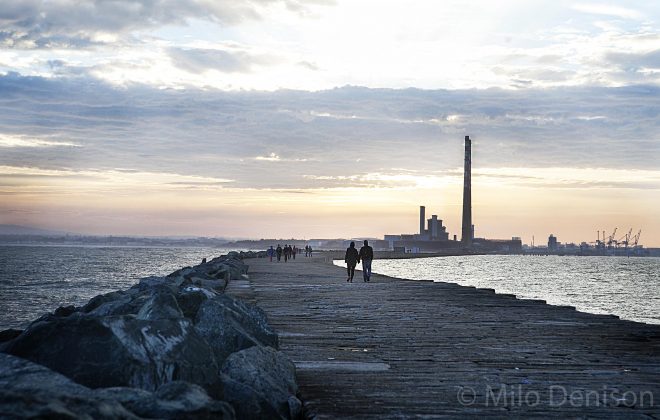