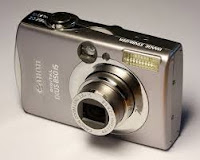 With all the cameras on the market nowadays, there are tons of features and cameras to look at. So, when purchasing a new digital camera it can be confusing as to what to look for. The ads and salesman will up-sell the importance of megapixels and features that never get used, which is why it is important to do some research and look at features that will be used.

Any modern digital camera on the market has more megapixels than any average user will ever need. Most digital cameras being sold today, offer over 10 megapixels when the average user can take a high quality picture with an 8 megapixel camera, and possibly even less. Higher megapixels do not always equal better pictures; it just means larger images, which also means more space on a computer and larger files. If the images are poor quality due to other issues, the megapixel count is irrelevant.

The aperture is one of the items that decide how much light is allowed to reach the sensor. The smaller the number, the wider the aperture, the more light is allowed to reach the sensor. When working in low light situations, where flash is not desired, having a camera with a wide aperture (F2.6 for example) will allow users the ability to take a reasonably high quality image without the need for flash.

This is one of the more important things to look for when buying a digital camera. When choosing a point-and-shoot camera look for optical zoom over digital zoom. An optical zoom uses the lens rather than a digital zoom which just enlarges a portion of the image.

This can be difficult to measure while at the store. Sometimes it is possible to look at sample images. If doing so, be sure it is printed on the same paper as the paper will impact image quality and color. It is also possible to do an internet search and read reviews and comparisons between cameras.

ASA is used to measure films sensitivity to light. ISO (new term) or ASA (old term) is the speed at which the film responds to light. The lower the ISO the higher quality or less grain is visible, but with a low ISO a longer exposure is needed, and the higher the ISO the less time is needed. In the digital world the same rules apply. Most cameras allow users to manually adjust the ISO.

The lower the ISO on a digital camera, the finer the image quality will be. When buying a camera it is a good idea to look at the quality of the image at a high ISO. Generally the higher the ISO the more noise will appear on an image. Sometimes this might be desired, as it can create a dramatic image. Look at sample images taken at the camera’s maximum ISO to check its noise level. Comparison charts can also be found on many camera review sites with sample images.

Digital cameras now pretty much all come with a movie mode that allows users to take digital videos. When looking for a camera that has a movie mode check to see what options are available for video formats and if they can be adjusted. The larger the format the more space taken up on the memory card and some people might not need a high definition video if just posting something short online.

Look for a camera that allows users to manually adjust the settings such as shutter speed and aperture. Will it shoot RAW files, if that is something that is desired? Since most smaller point-and-shoot cameras no longer have a viewfinder, check the viewing angle of the LCD. Also make sure it’s possible to view the LCD in bright light or other situations where it might be difficult to see what is on the screen.

Using the Sun as a Backdrop