Soccer at the Orphanage

The trip to the orphanage was more fun than I expected it to be, playing soccer with the kids and having some fun. I assume they are used to hamming it up for the white visitors who come and drop stuff off on occasion, but playing and running around was a nice change from sitting in the back of the truck watching lions. Having a 12 year old kid run circles around me with a soccer ball was interesting as well. 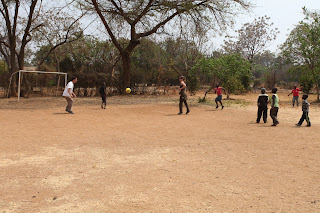 It started out as two adults against a bunch of kids, but as we started kicking butt, they began to change sides. 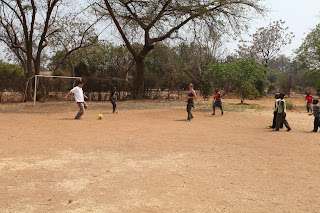 The second orphanage wasn’t nearly as nice as the first. The first one was for younger kids so it is much easier to get funding and supplies. The second one which is for older boys, doesn’t have a good of luck. The sleep two to a bed and most of their food comes from volunteers like me visiting. Which is a step up, we were told, not long ago they were sleeping on the floor. As you can see in the second picture, not the same space for soccer. The interesting thing about both places was how happy the kids were. 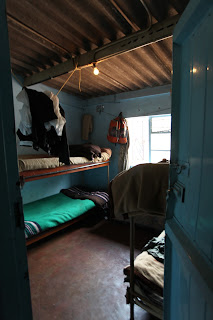 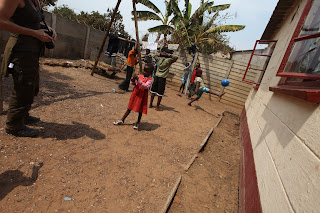