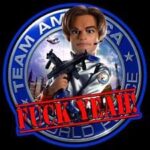 When I moved to Dublin, Ireland I joined a few meetup groups, to meet people and get out and experience life in Ireland. At one of the meetings, a coffee shop, where I answered the usual questions around why I moved here, where I’m from, my opinion on the weather, etc. I heard an American accent. It was a rarity because at the time I had encountered few US citizens living over here.

So, I said “hi” at which point she responded with, “I just get here, and one of the first people I talk to is an American, ” offended at having to talk to another American. I found it to be a bit rude and went back to the conversation I was having before with another person.

Recently, I was out one of the Irish evenings that involved beer and social interactions, and during this event was introduced to another US citizen. We shook hands, where he did the typical American thing of trying to grip as hard as possible and be an annoying douche. Luckily the conversation didn’t last beyond the introductions. He went back to hitting on the girl he was talking to, and I went back to talking to someone interesting. Meeting this guy and a few others I’ve met make it clear why Americans have the reputation we do of being arrogant douche-bags.

As time has gone on, I occasionally encounter other ex-pats living in Ireland and with few exceptions I find them annoying to be around. I mentioned this to someone else, who said the same thing. Not just Americans but about people from their own country. She said it had to do with meeting people other than her countrymen, and I could see the rational about that. As one of the few Americans in my social groups, there is a uniqueness about being the only one. So when I suddenly lose that uniqueness, it makes me dislike the person who caused the loss of my uniqueness.

It is more than that, however, because I’ve met other ex-pats who are perfectly reasonable people to be around. I work with a guy who moved here from the US office, and he’s a good guy. One of my meetup groups has an ex-pat in it who is also a decent guy. But when it comes down to who I spend my time with, very few are American ex-pats. So, the question them becomes, am I the snob or is it the people I meet?