The Ring of Kerry

The Ring of Kerry is a driving route that does a loop in the southwest corner of Ireland. They say to plan one to two days on the drive as there are plenty of places to see along the way, and I would actually agree with that. The road is an interesting one that gets quite narrow at points. Not nearly as narrow and scary is people make it sound, but there are a few points that you have to slow and use caution. We lucked out in some ways with our drive, as we left late enough in the day to not get caught behind or being passed by any tour busses. The downside to leaving so late in the day, is we had to skip a few stops to make sure we would get around the peninsula.
First stop was lunch… second stop was to take pictures of the sheep. 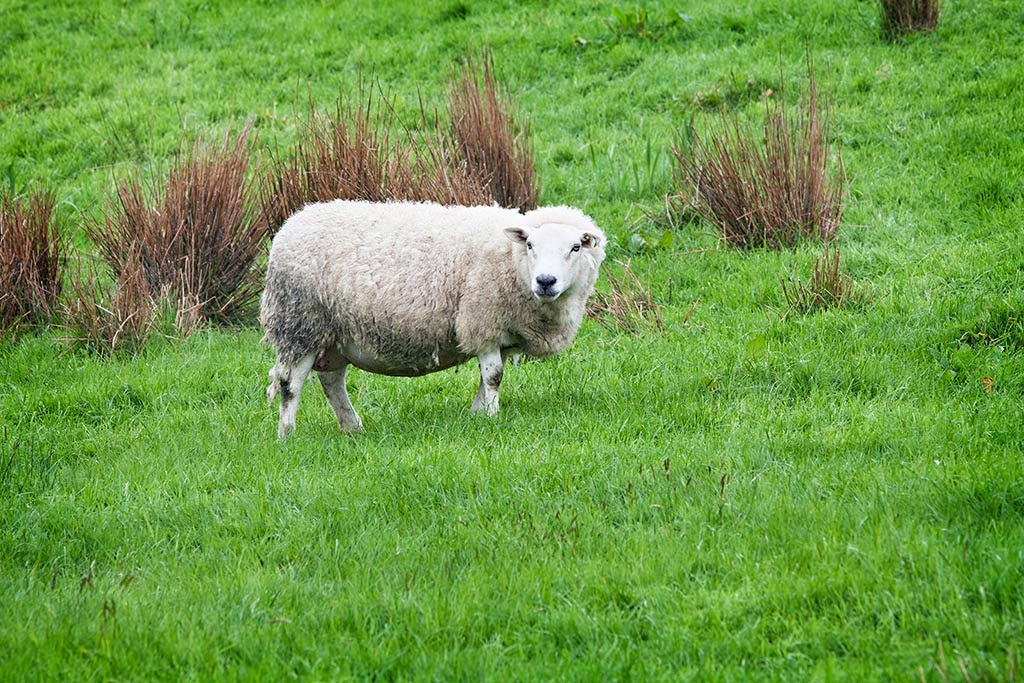 From the sheep it was on to our first scenic view… The water and clouds. 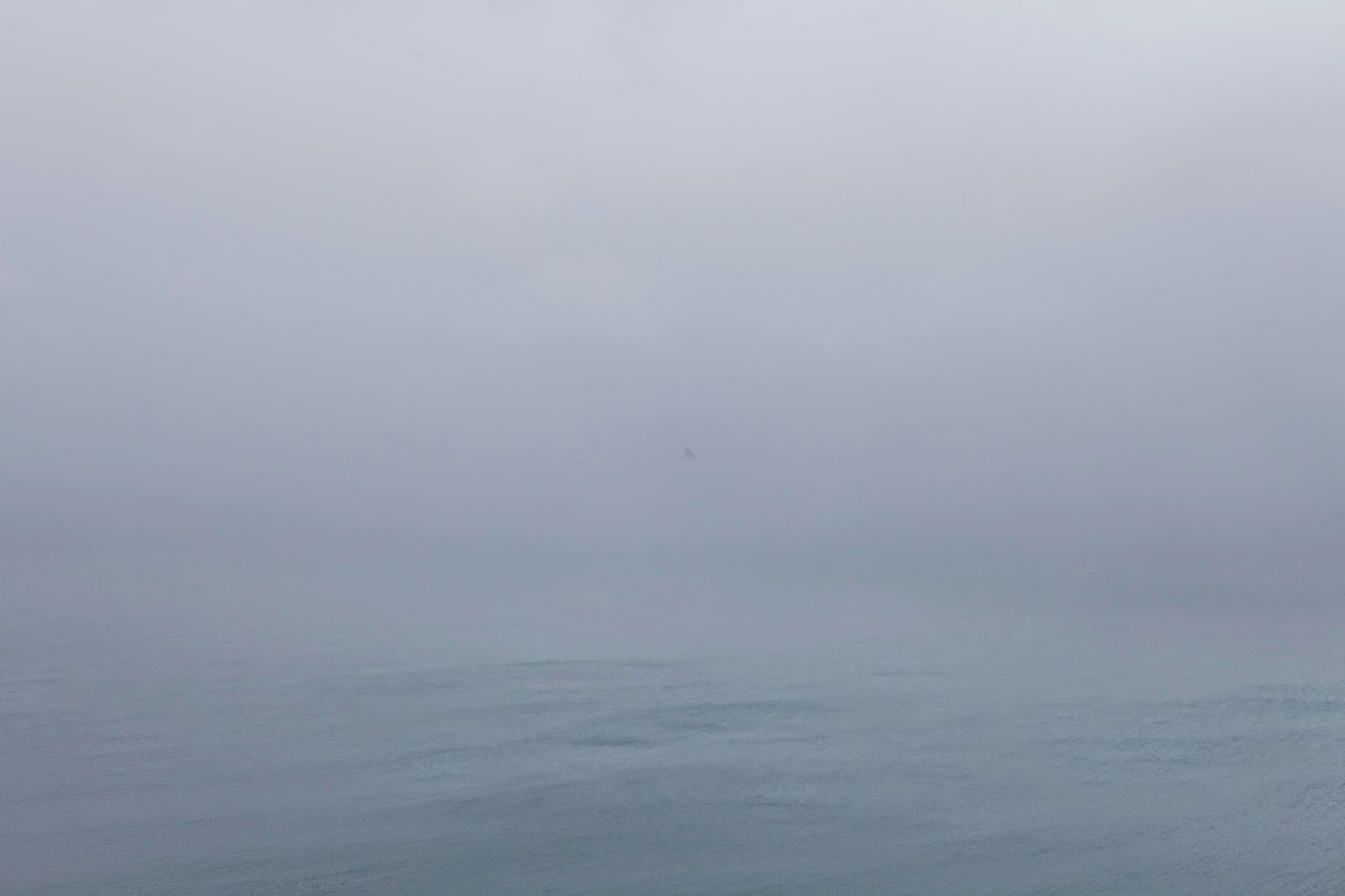 Normally there is a fantastic view to see here. But this is Ireland, and you can never let the weather impact your trips.
The Cahergall Stone Fort 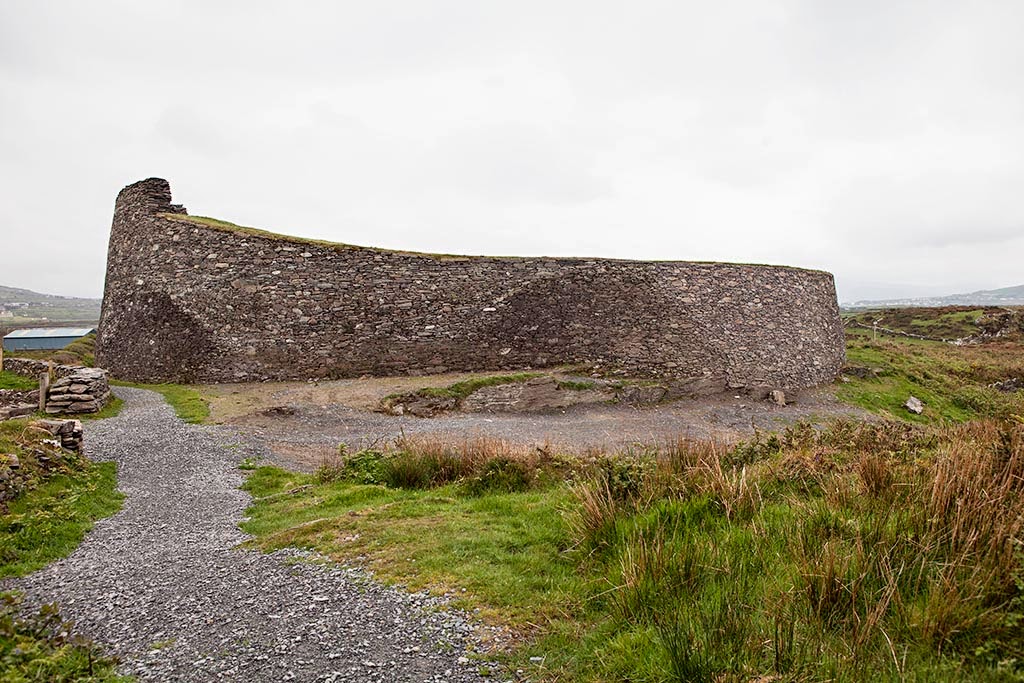 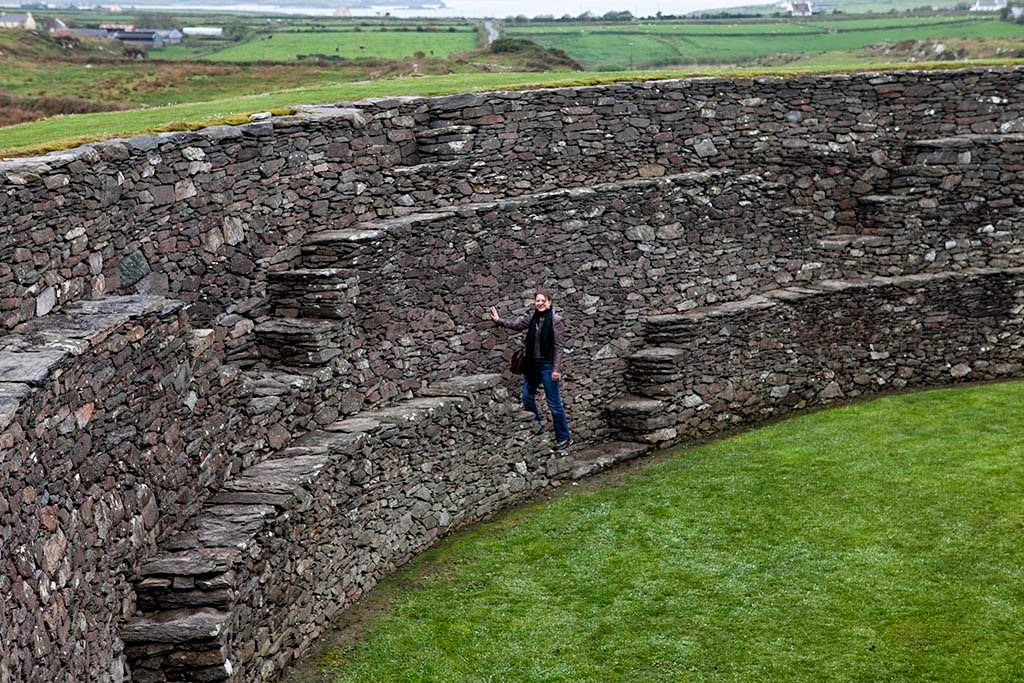 Multiple times through this route I thought to myself how fantastic it would be to have a motorcycle, especially during the times when being passed by a motorcycle, yet not so much as the rain was pouring down. The speed limit on the road at many points is 100kmh, which I thought was amazing considering the quality of the road and the turns throughout. However, I rarely reached that limit often getting passed like an old man on a Sunday drive. I did, at a few points, manage to get the little Mitsubishi up to speed, with its body roll, crappy little tires, and overall design meant for fuel efficiency over rally racing. I can’t complain though, the small car did well, and I even got a honk by one of the little pimped out Japanese cars that passed us at a stop. I’m going to assume it was an approving honk. 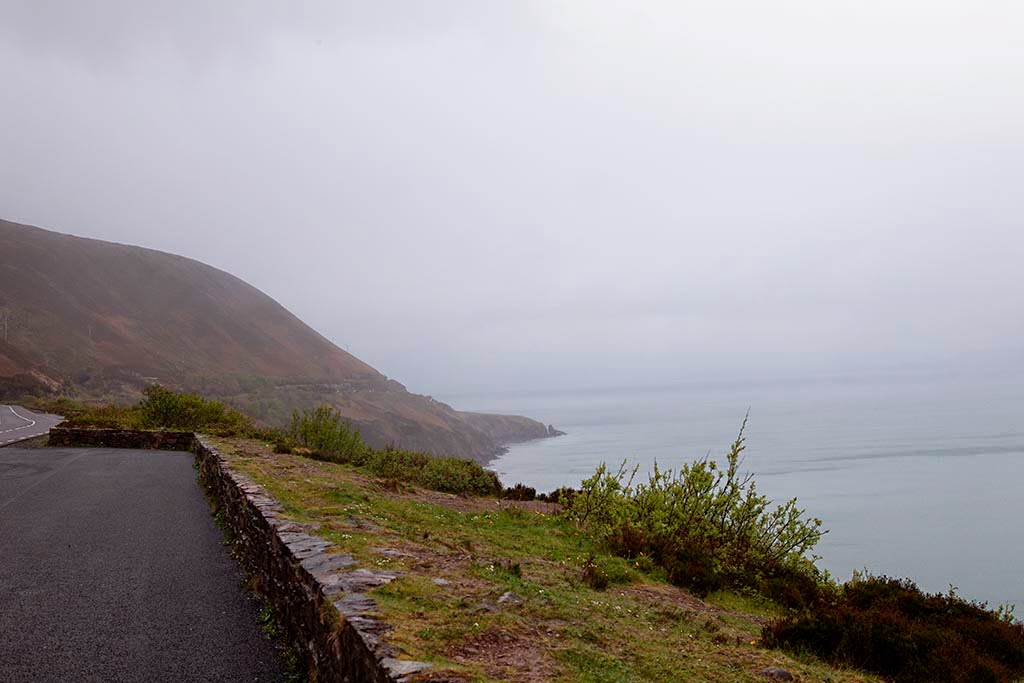 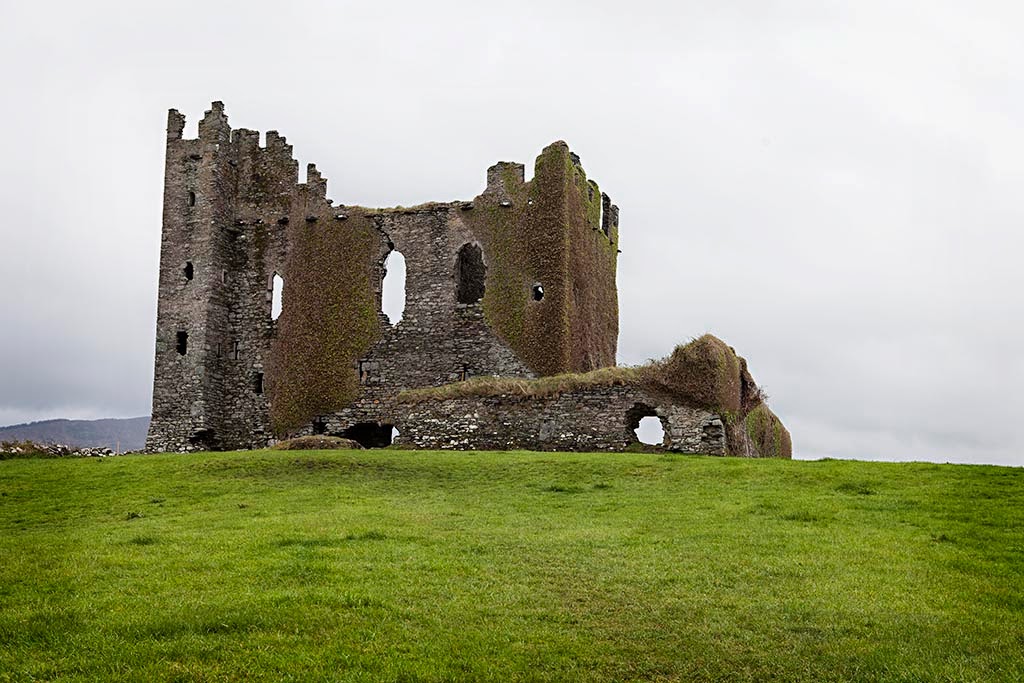 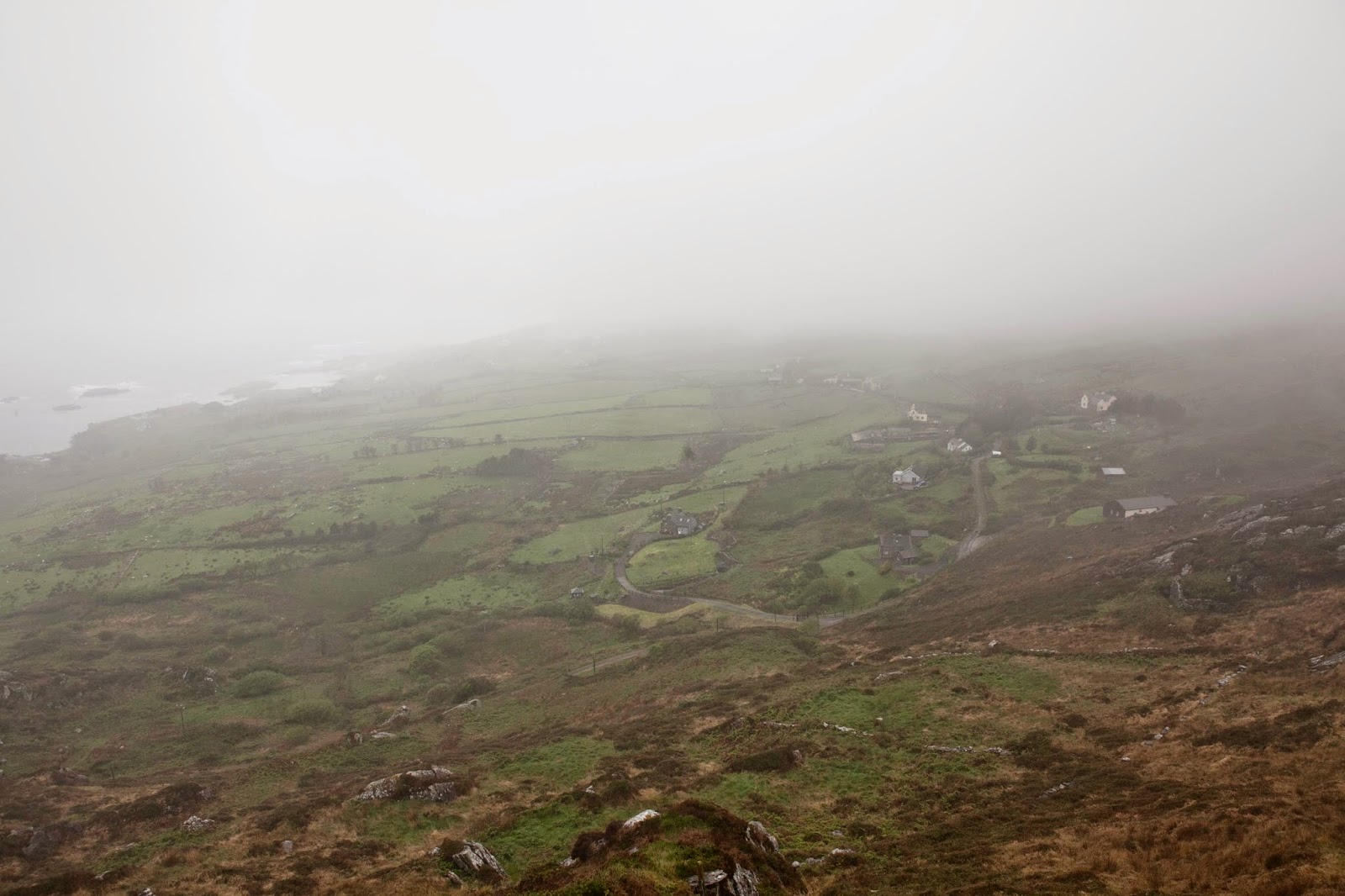 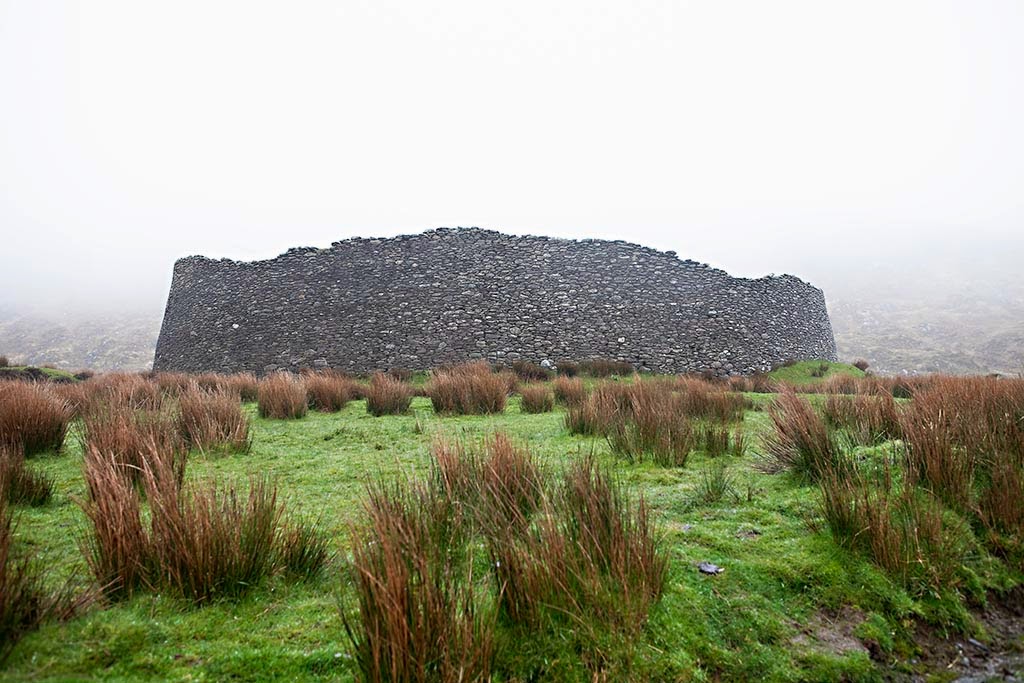 Some notes on the Ring of Kerry:

They say you should drive counterclockwise when doing the route, although it didn’t seem anyone followed that rule and I don’t necessarily see the reason for it. I assume this has to do with the slow tour buses, but not having seen any I can’t comment. Both directions seemed fine to me.

It can be done in less than a day, but I would recommend a full day to see it all.

The speed limit seems high for such winding narrow roads, but maybe that’s because I was in a little-underpowered car. If I had a sports bike, I probably would have gone much faster. Up until I hit a turn that took me into the front of another car, over a cliff, or into a ditch.

The roads are not as narrow as many sites make it sound.

The weather changes, so one minute you will have pouring rain, the next sun. Technically that’s an Ireland overall thing but also applies here. 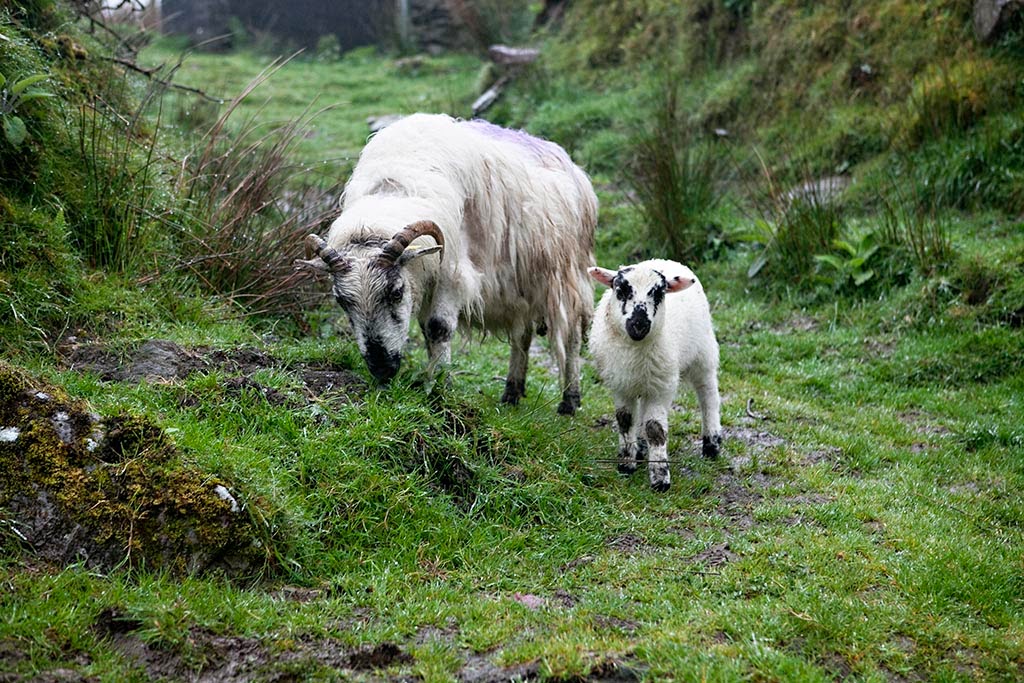