Having a three day weekend, the first weekend in May it was time for another trip to see some more of this county I have moved to. Since this journey involved driving versus bus or train, as most of my European travels do, the first item was picking this kickass little ride. A Mitsubishi something or other, with what I assume is a 1-liter engine, maybe 1.2. 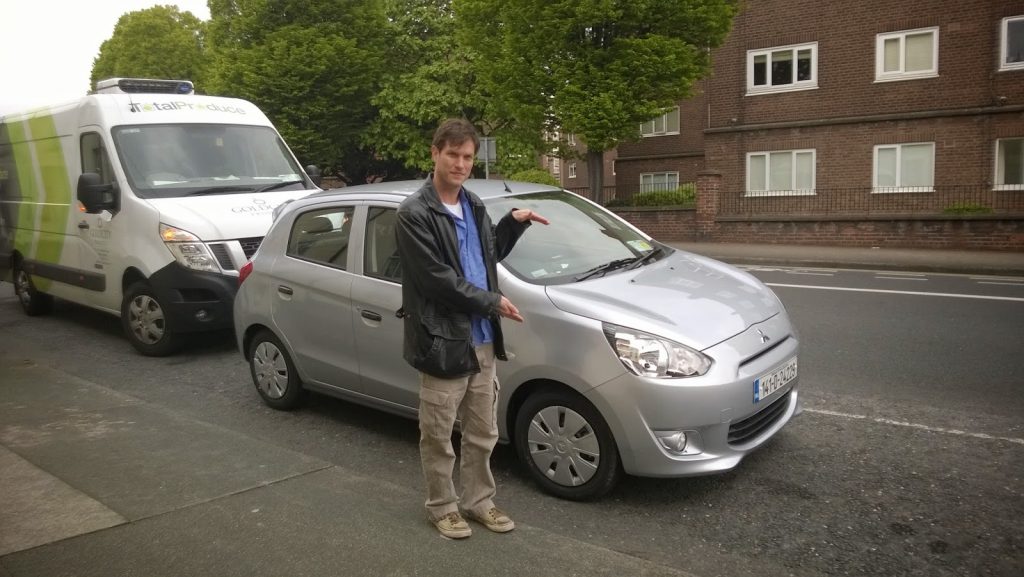 Since it doesn’t take long to get used to driving on the wrong side of the road, mostly my attention was continually being drawn to the narrow roads, and the system of roundabouts popular in the country, and wherever the hell the traffic light might be located that I need to follow.

The first stop on the road to Killarney was at the Rock of Cashel. An abandoned cathedral that sits upon a hill with a magnificent view all around it. 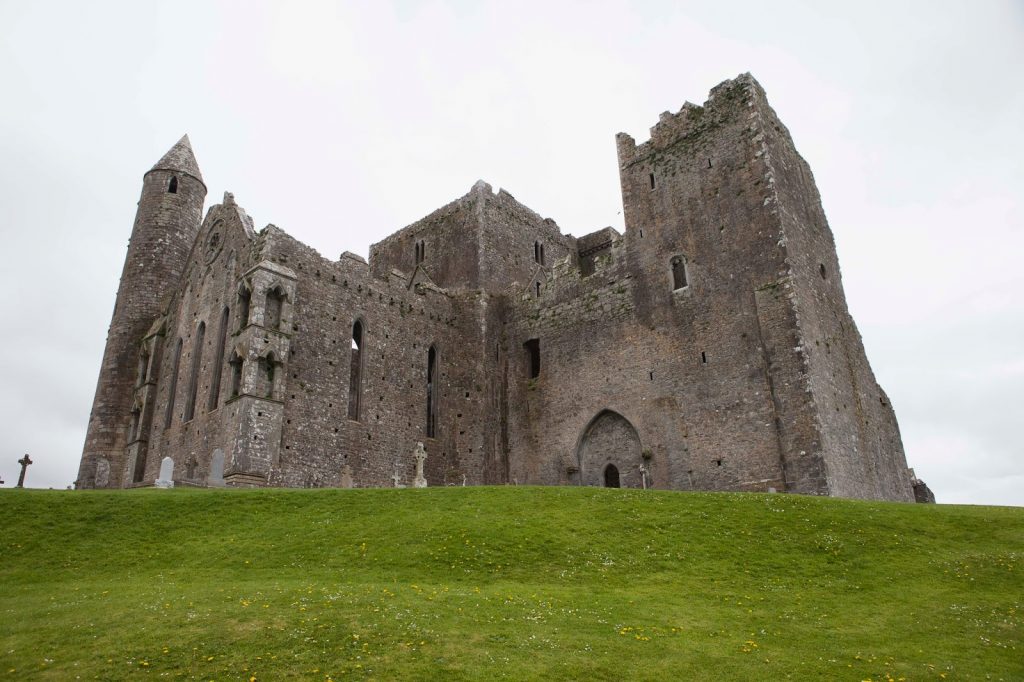 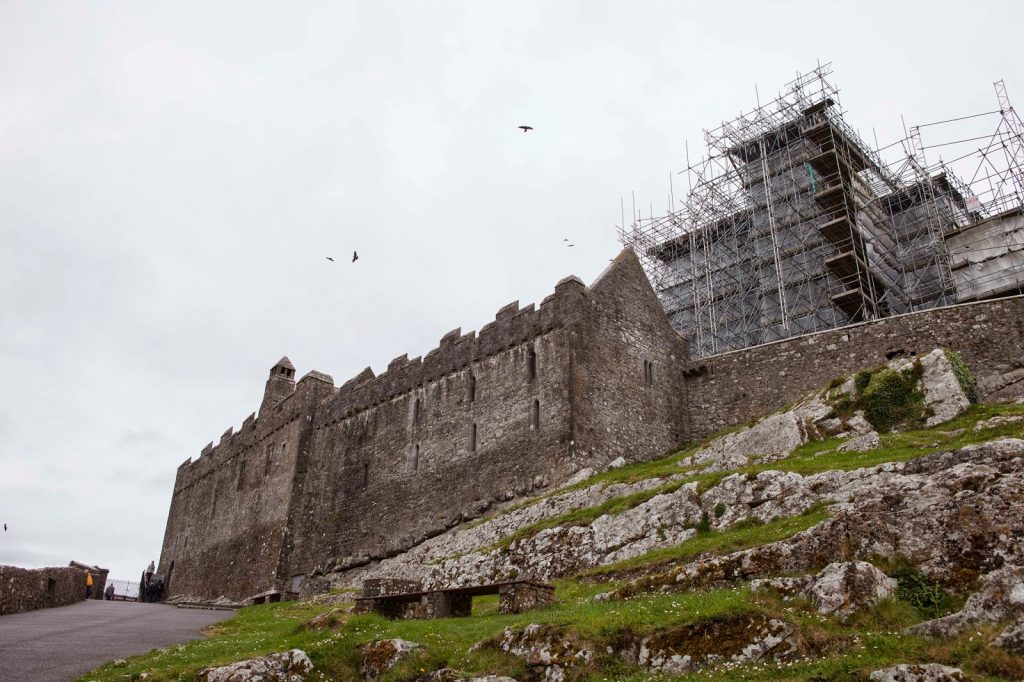 As lovely as the Rock of Cashel is, getting out of the parking lot turned out to be a bit of a nightmare. Down below is the parking lot where you take your ticket, park, then go to the machine to pay 4.50 to get out. The standard for most parking lots. After paying it approves your ticket and you can swipe it at the gate which lifts to let you leave. That, of course, is under the assumption that it all works.

The first sign that there was a problem was with the people in front of us. They had paid, but the system hadn’t approved the ticket and was telling them they still owed. I assumed because they were American that it was just an error on their end. The guy behind them was able to pay, and it worked for him, so the American couple ended up just tailgating the person who was able to pay to get out. At our turn, we followed the directions, paid the 4.50, and the system said we still owed. After hitting buttons to get my money back, and not getting anything back, we saw that there was an emergency contact number on the machine. Figuring this would be the time to use it, we called. And there was no answer on the emergency number. After that, I decided to try the system again, paid another 4.50, and still, it didn’t accept the payment, and yet, it didn’t provide a refund.

At this point my travel companion still having no luck on the emergency number decided to walk to the information office she thought she had seen nearby. While this was happening, I continued to call the so-called emergency number, and others came up to attempt to process a payment and leave the parking lot as well. They failed.

I walked over to the street to meet up with H.K. as there was a line beginning to form of people wanting to leave. She didn’t find a tourist or information office, so we decided to walk back up to the Church and the office there where we paid for admission.

“Hey, it looks like there is a problem with the payment system for the gate in the parking lot.” I say, “You have about 20 people lined up, and none of us can get out.”

“We don’t actually run the parking lot down there. That is all managed by the city council.” The guy working the counter replied with an Irish accent.

“Um, so how are people supposed to get out. We tried calling the emergency number, but there is no answer.”

He tried a number he had as well, which also turned out to have no answer. Another lady comes up who works for the church as well, and she says the same thing that they don’t manage the parking lot. After some back and forth, and multiple jokes about the council which runs the parking lot not having anyone available at the emergency number, expecting that emergencies only happen Monday through Friday, they eventually get through to someone who says they are already on their way. One of the other people waiting at the parking lot was able to get through.

From there we walk back down to the parking lot to see that most of the people managed to get out. So I’m guessing that whatever the problem with the machine had resolved itself, which is good because I was getting to the point, that if no one showed I was going to try to talk a couple of the other guys into helping me break the little wooden barrier that raises and lowers to let us all out. As we walk up I see a woman paying and ask if it took her money, she said it had. So rather than waiting for the maintenance man or whoever said they were coming, and getting impatient to get back on the road, we just tailgated after her to get out.

The rest of the drive to Kilarny was relatively uneventful although I am now expecting to receive a ticket in the mail for tailgating to get out of the parking lot and having to go all the way back to dispute it. But maybe when I do, I can ask for my extra 4.50 back that I paid. 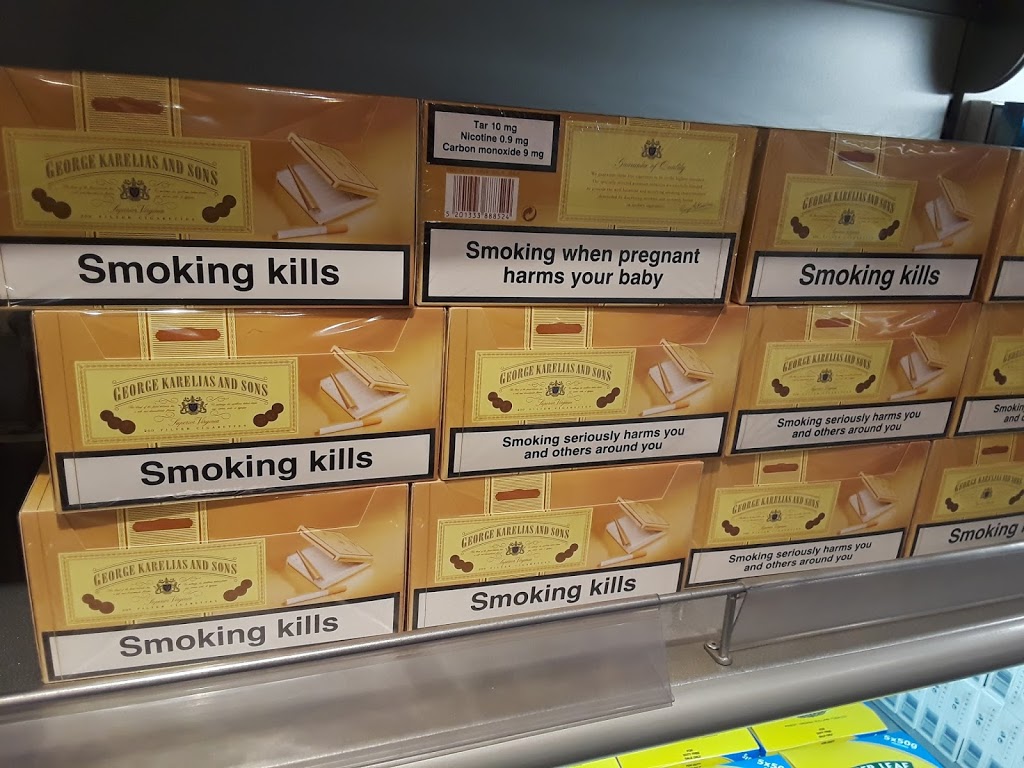