Using the Sun as a Backdrop 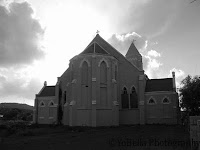 In photography, it is common advice when shooting into the sun to have the sun behind the photographer to light the subjects from the front. Yet there are times when breaking this rule can create a unique image with nice shadow or backlit effects.

If the goal is to avoid having the subject appear overly dark, it will be necessary to add some light on the subject. This can be done via a flash on or near the camera, or some type of reflector. By reflecting some light back on to the subject, it will counterbalance the bright sunlight behind.

Leaving the subject in silhouette can also create a nice effect as well. By shooting towards the sun with the subject in the dark, it can create a moody effect. It is also possible to catch the shadow dropping in front of whatever is being photographed.

When shooting with the sun behind the subject, it is a good idea to shoot when the sun low in the sky such as mornings and evenings. Not only will you not be dealing with the poor light of the sun overhead, the image can also get some nice color glows from the setting or rising sun.

It might take some practice, and thanks to digital cameras it is easy to take the time and number of pictures to get some practice. But, when it’s done correctly shooting into the sun will add a new light or shadow to images. Shooting with this method requires more thought and planning, as well as multiple test shots but the results are usually worth the extra work.

Adjusting the Depth of Field